Matt and Zyane like so many other couples planned their wedding to be in 2020 but due to the pandemic, they found themselves without a venue and restricted to only having a handful of guests. So they decided to do a small elopement  during Hawaii’s Covid restrictions

I had met them several times before to discuss their wedding and their vision for it and at first, they wanted a small wedding in Bali and then they had decided to have a wedding with 200+ guest and as the pandemic hit they decided on a Kahala beach wedding but then everything shut down. With no venue and no idea what new regulation was perhaps going to be passed within a week or next day, most couples would have postponed but they decided to have a wedding in Matt’s family backyard regardless of what 2020 would throw at them. It was a small gathering with just the parents but it was all they needed at that moment. Selfishly I was glad to be there as well because being locked in my house was starting to drive me crazy and a little depressed but when I saw Matt and Zyane do their vows, everything disappeared. Their smiles and tears were contagious, there was no virus, there were no worries of money or what the future may hold, it was just them and the joy they bought to each other. As the ceremony ended, it was like the universe agreed and gave a blessing with a rainbow appearing above the house. I have shot many weddings over the 12+ years but this one, though small made a large impact on me. 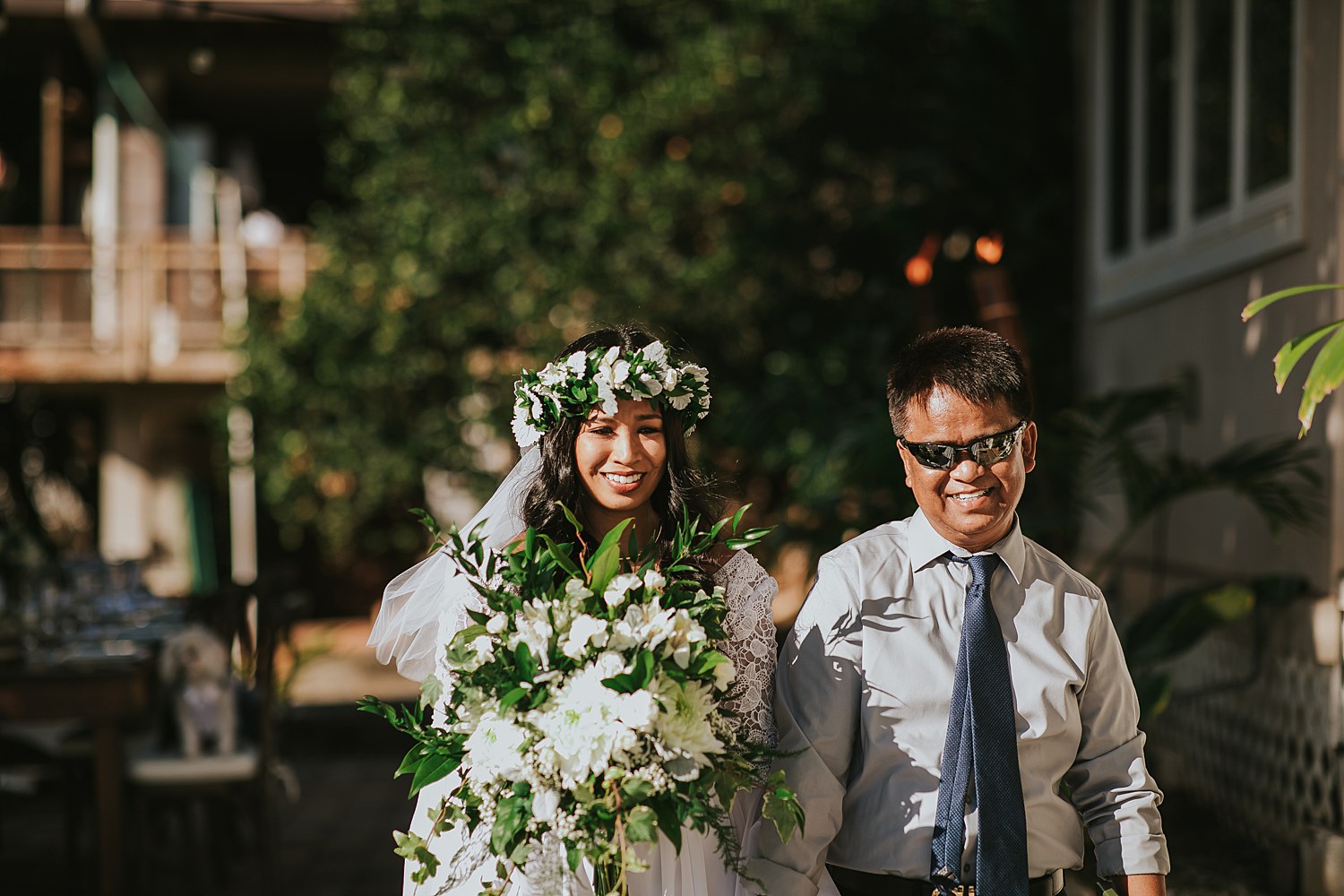 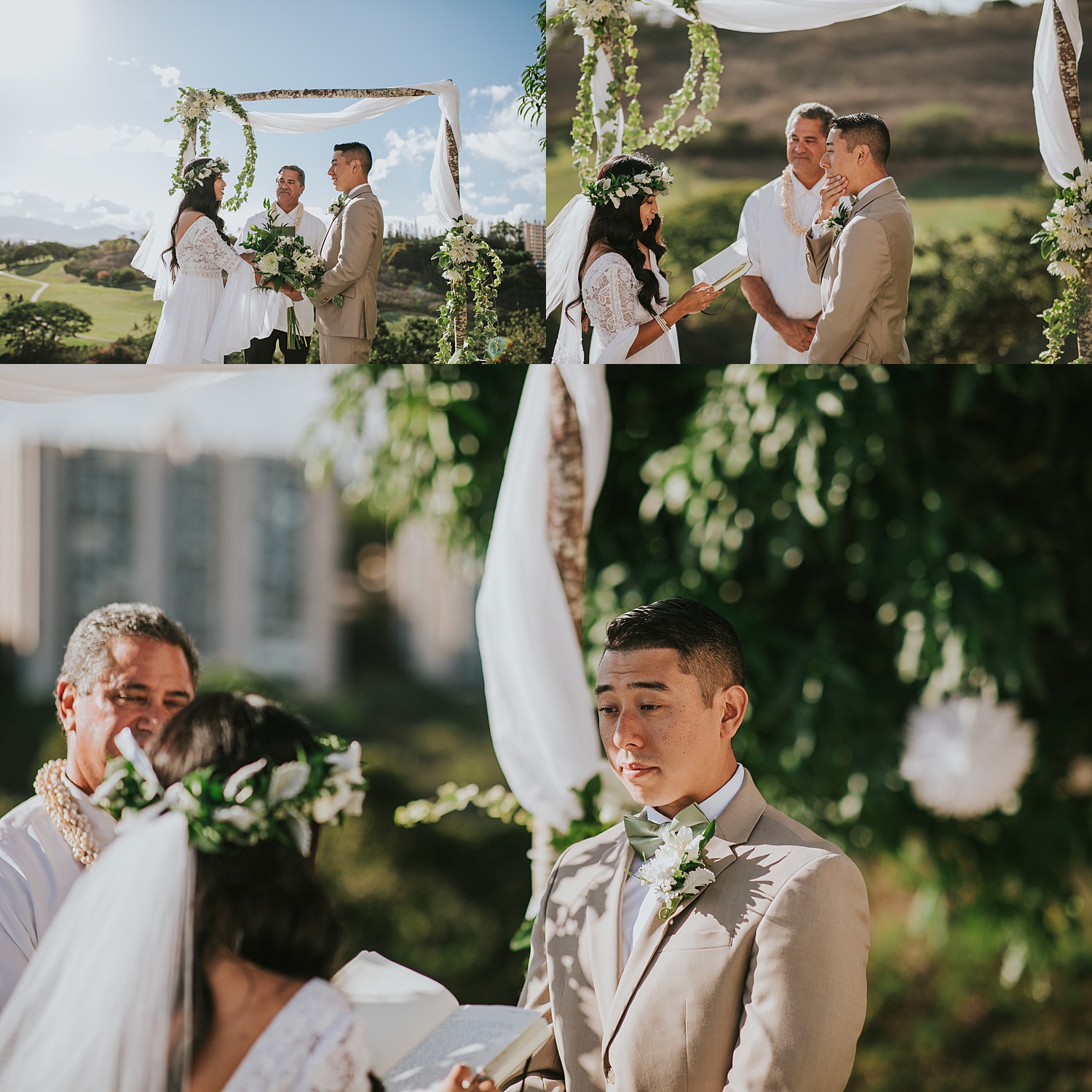 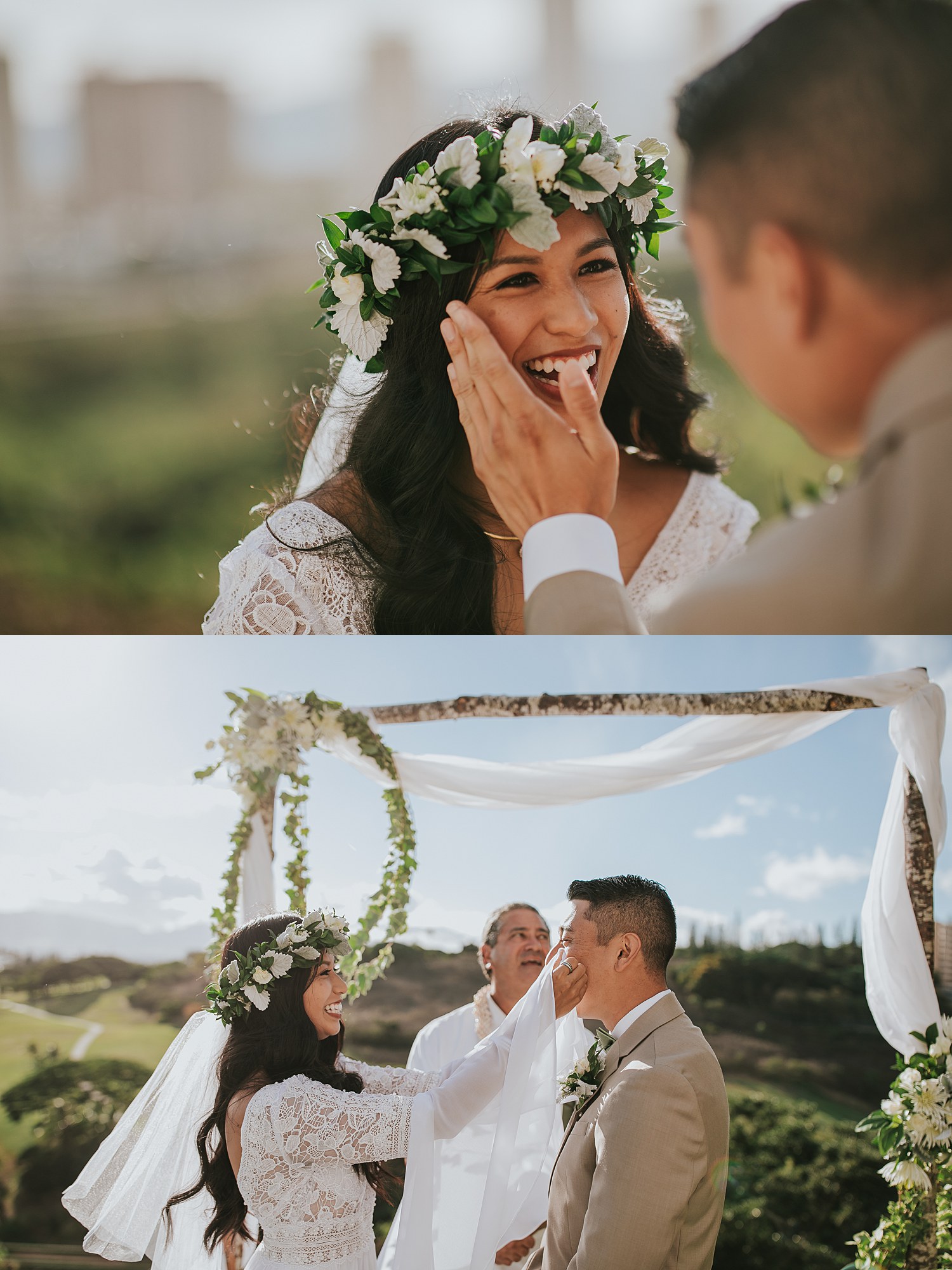 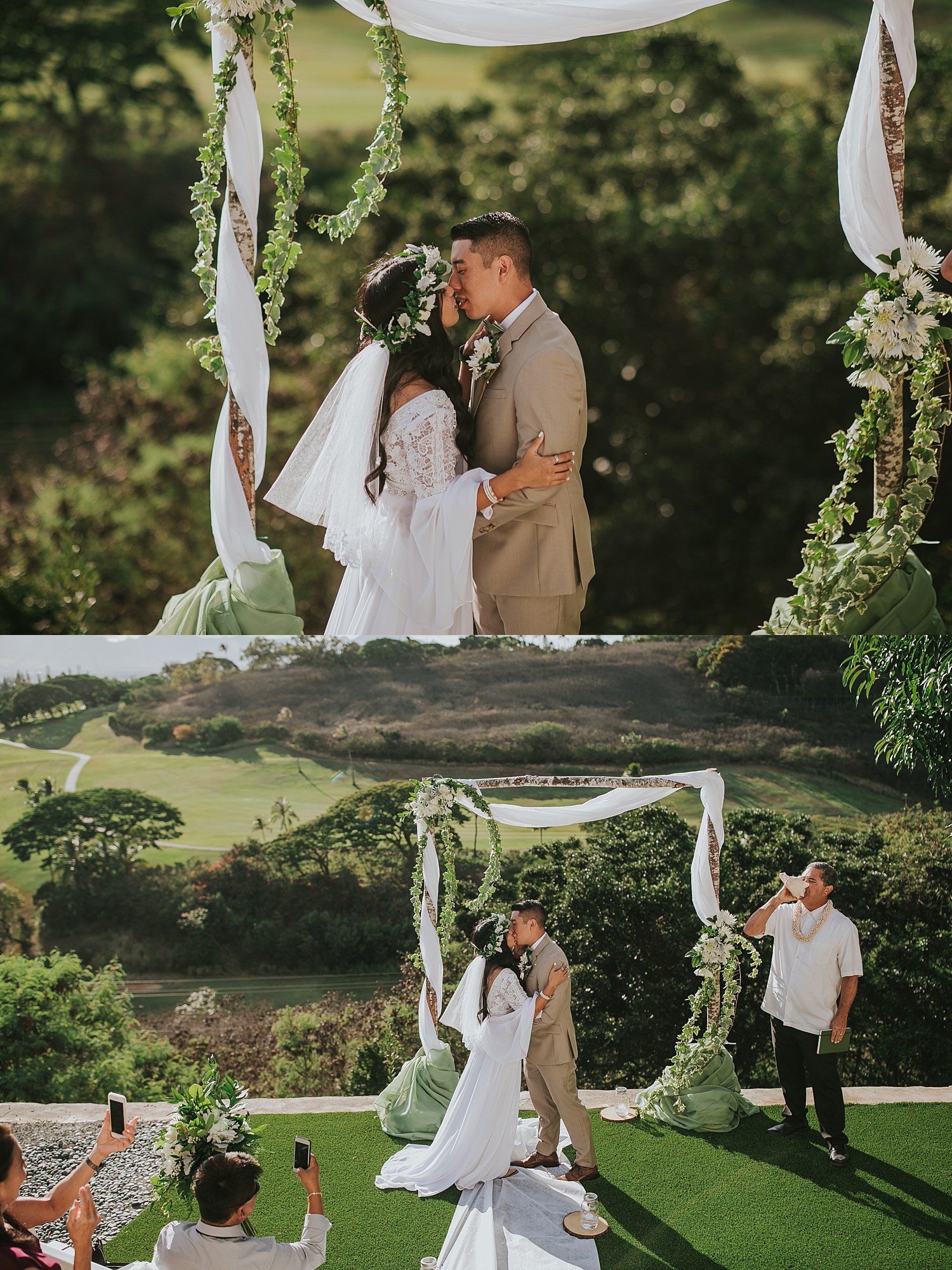 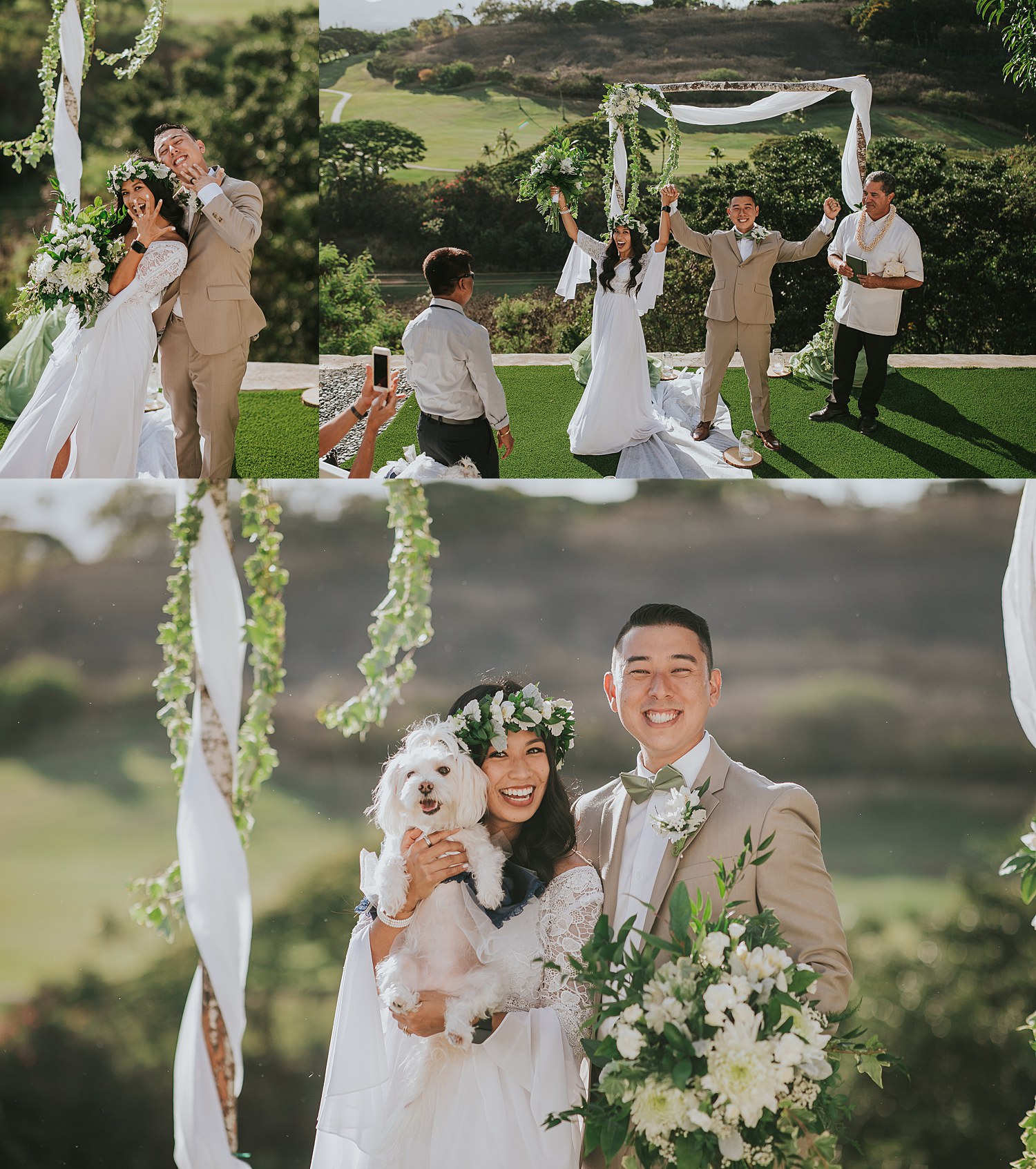 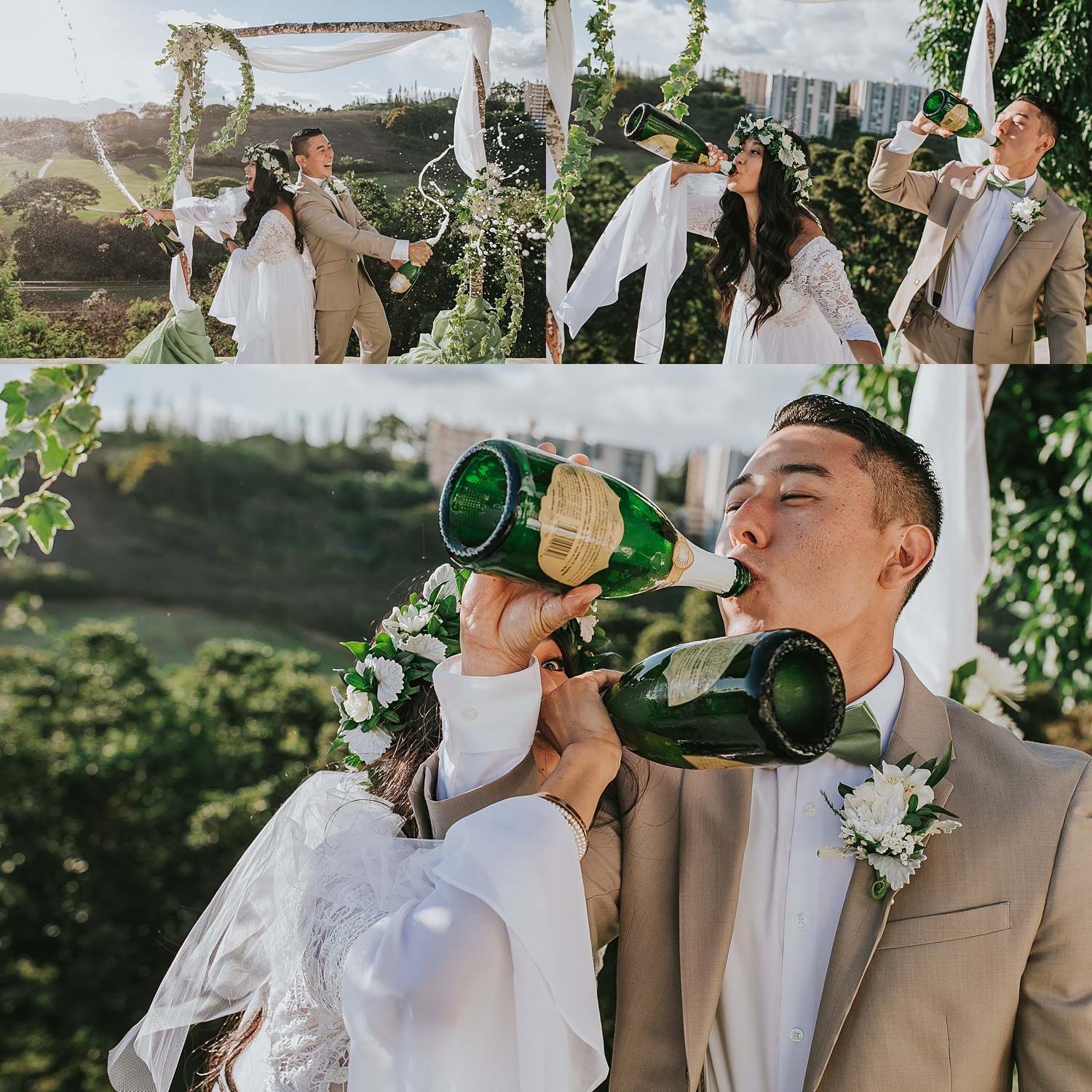 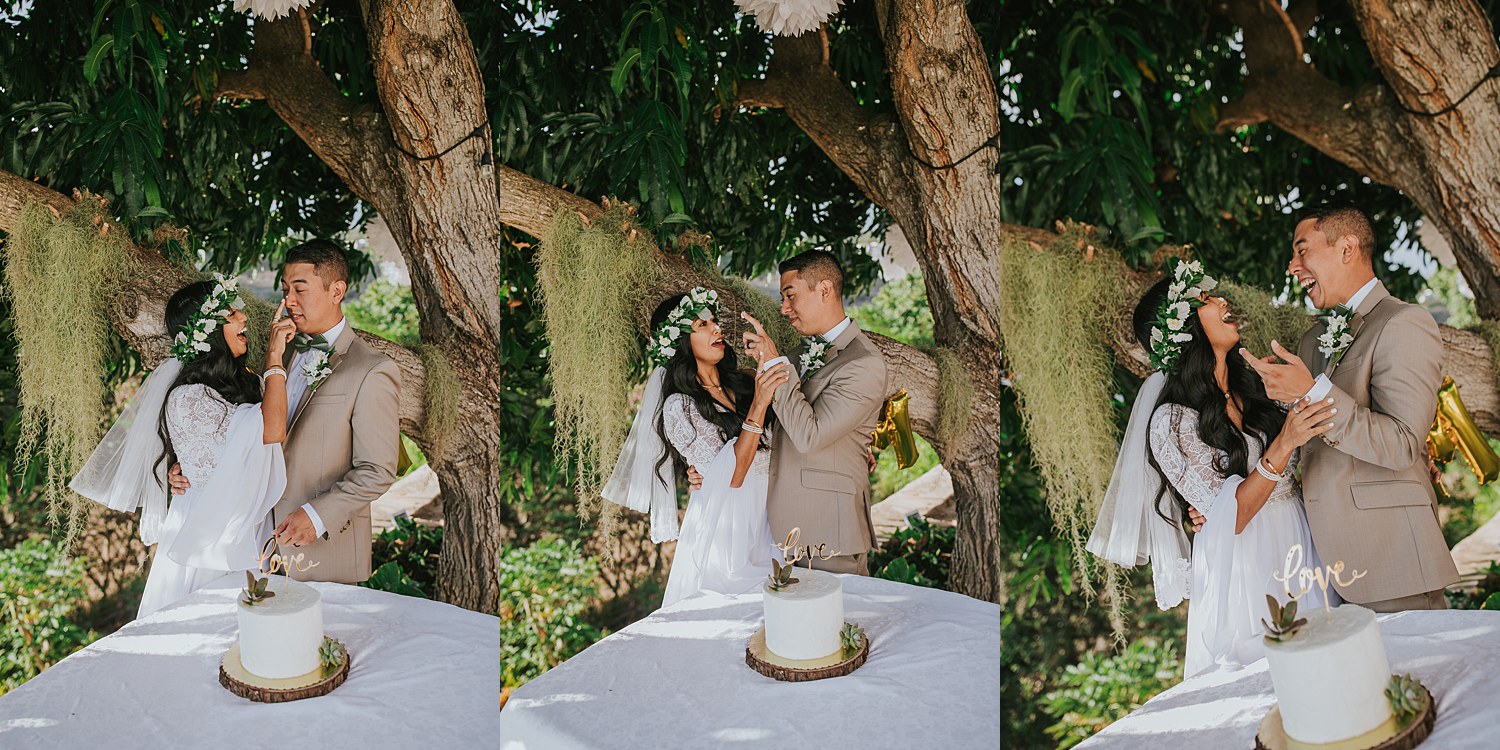 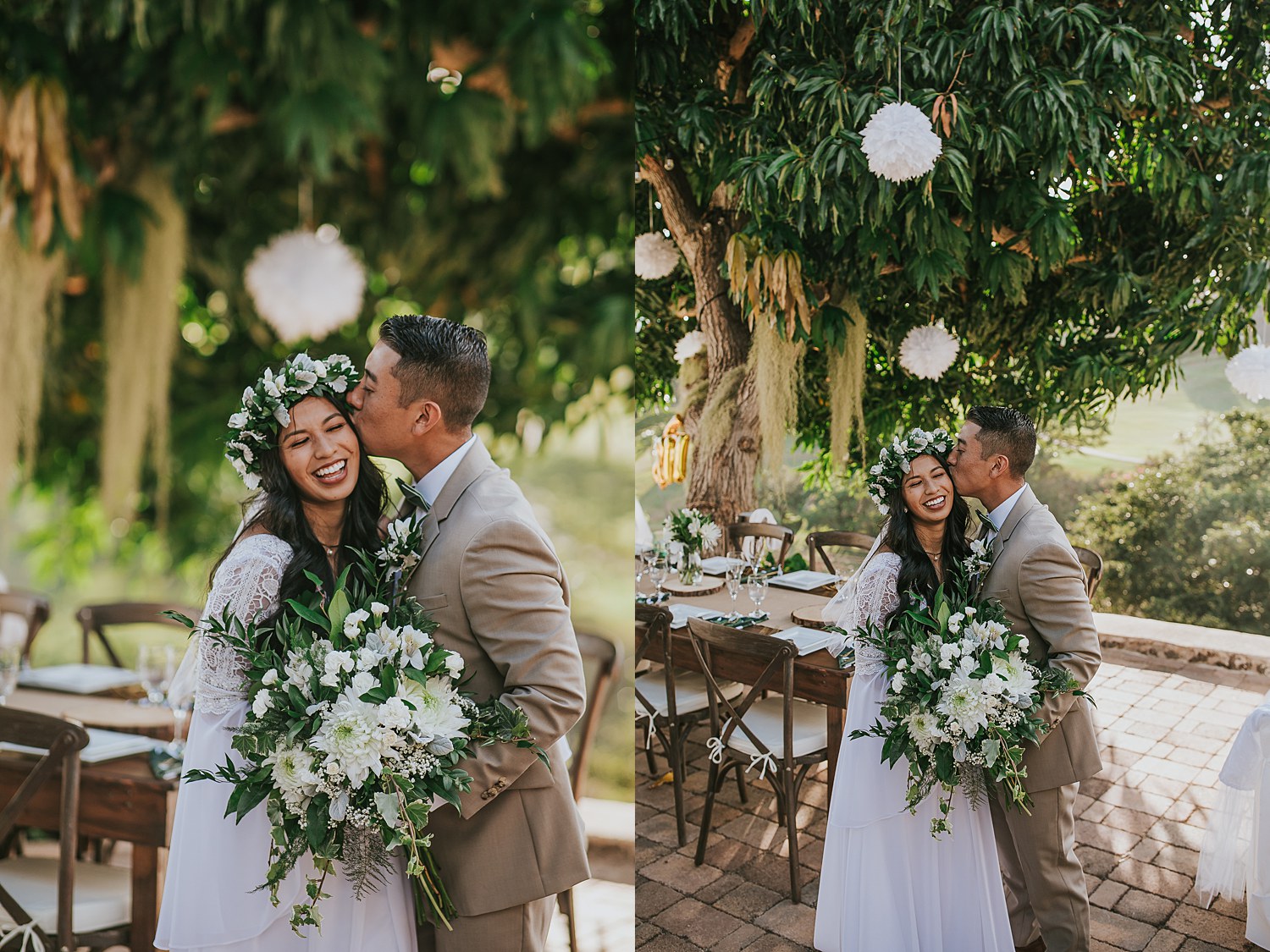 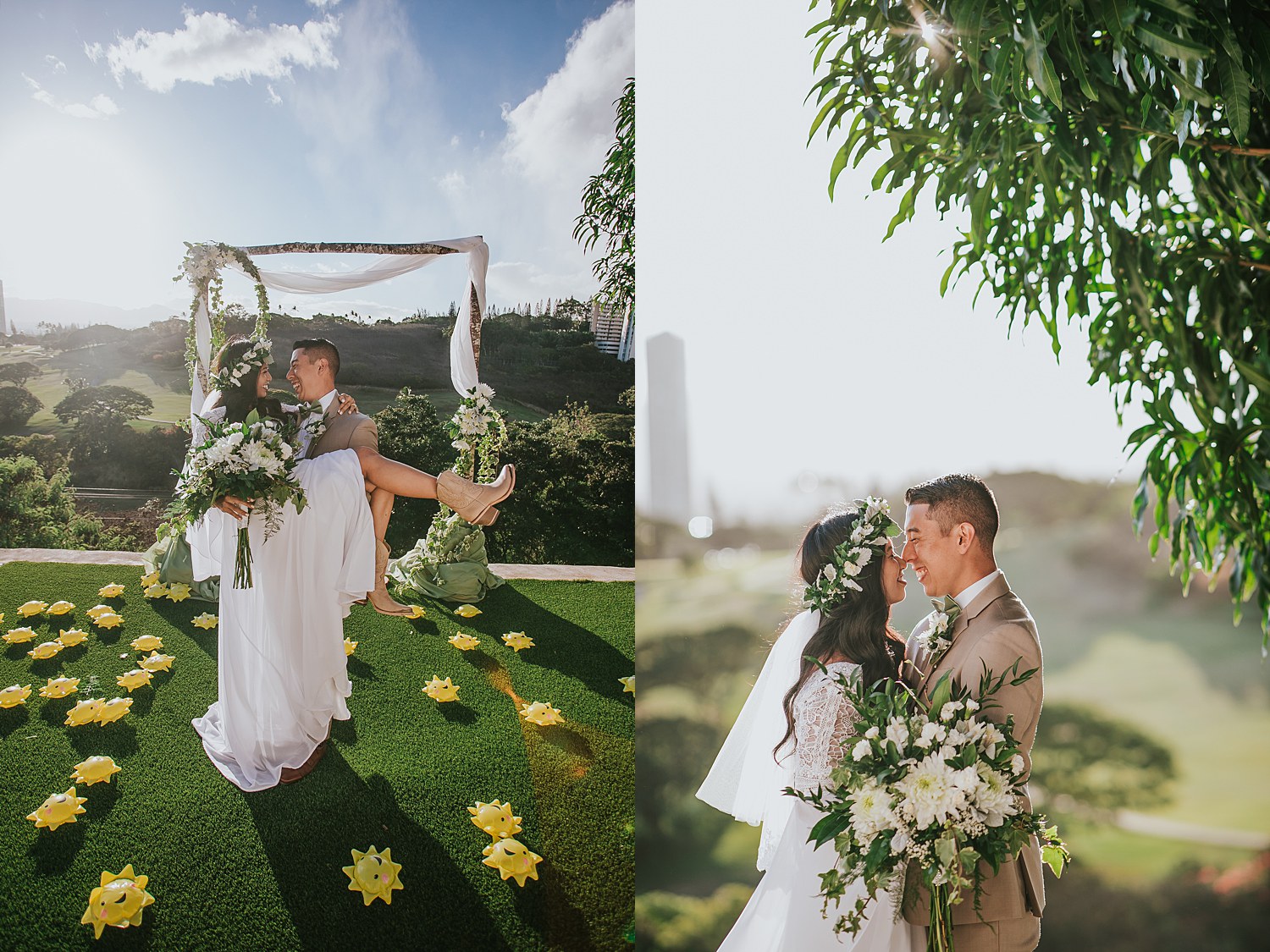 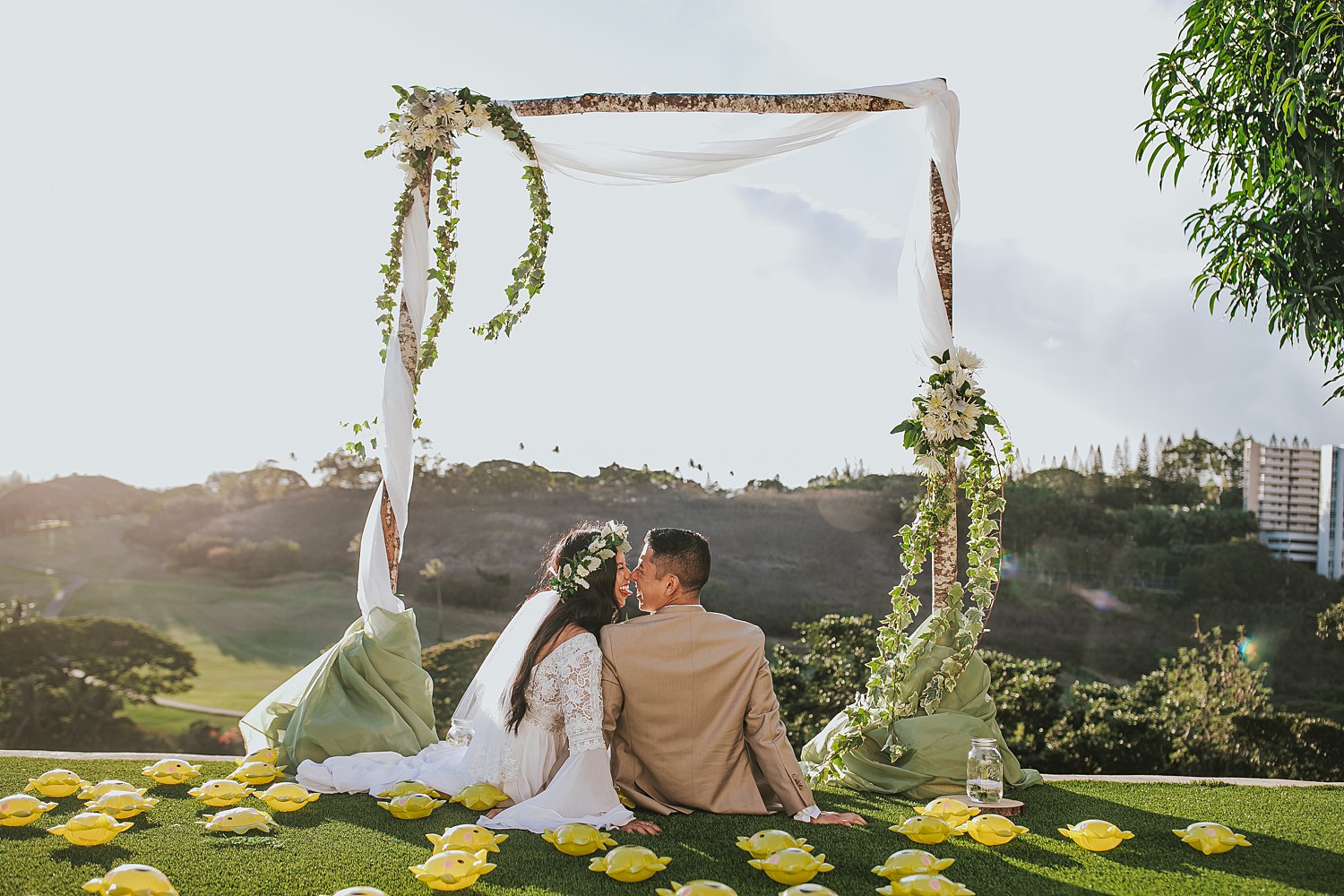